This is dedicated to Lloyd Emerick and his grandsons, Erik and Seth Gebel.
—R.R.

3.
Monkey in the Monument

KC snuggled deeper inside her sleeping bag. She was camping out on the White House lawn with her best friend, Marshall Li. KC could smell the grass and the rosebushes. The traffic on Pennsylvania Avenue made a humming sound from the other side of the tall hedges. Fireflies danced in the bushes.

“Why does the Washington Monument have those flashing red and white lights?” Marshall asked. He was sitting up in his sleeping bag a few feet away.

“It only has red lights,” KC said. “I think that’s so airplanes won’t hit it.” She
rolled over to look at the tall Monument. It was white against the night sky. At the top, red lights blinked on and off.

“It looks like someone with a flashlight,” Marshall said.

KC shook her head. “The Monument is closed at night,” she said, climbing out of her sleeping bag. She walked toward the hedges.

“Well, someone is up there,” Marshall insisted.

KC watched the white light. It seemed to move from window to window. “Let’s go find out what it is!” KC said. She grabbed her flashlight.

“Now?” Marshall asked. He was standing up, pulling on his sneakers.

KC wanted to be a TV reporter when she grew up. She was curious about everything. She was especially curious about things that were strange, like those dancing white lights. But she knew her mom would kill her if she went walking around the city at night. With a sigh, she turned off the flashlight.

“We can go on one of the tours tomorrow and look around inside the Monument,” KC said.

“Look around for what?” Marshall asked.

“A ghoooosssst,” KC whispered as she crawled back into her sleeping bag.

After breakfast the next morning, KC and Marshall walked to the Washington Monument. A sign on a booth said that tickets for the tours were free. KC asked for two tickets for the nine o’clock tour. A park ranger in a gray uniform handed her the tickets and a pamphlet. His name tag said BUTCH.

Marshall stared up at the Monument. “Wow, how tall do you think it is?” he asked.

KC checked the pamphlet. It had a list of facts about the Washington Monument. “Five hundred and fifty-five
feet,” she answered, “and five inches.”

“How do they know that?” Marshall asked. “I mean, how could they measure it? They’d need a really big ruler!”

KC shrugged. “No idea. Let’s ask when we get inside,” she said.

At nine, another park ranger opened the door at the base of the Monument. “Hi, my name is Opal,” she said. “I’m your tour guide today.” She took tickets and led the small group to the elevator.

“I thought we had to climb the stairs,” Marshall said to the park ranger as they waited for the elevator.

Opal smiled. “Not anymore,” she said. “There are almost nine hundred steps. Until around 1970, you had a choice. You could either climb the stairs or take the elevator. But a few people were breaking
off pieces of the memorial stones to take as souvenirs. Now you can only go up in the elevator.”

“What are the memorial stones?” a man asked.

“When the Monument was being built, many countries sent us huge stones to put inside,” the ranger explained. “Our own states also sent stones. In all, there are one hundred ninety-two memorial stones. You’ll get to see them when we come down in the elevator.”

The elevator door opened and everyone stepped inside.

“The ride up is fast,” Opal said. “But on the way down, it will be slower so you can see the stones.”

The door closed and KC felt a jolt as the elevator rose quickly. A minute later,
the door opened again. “This is the observation deck,” Opal said. “You just climbed five hundred feet in seventy seconds! Enjoy the view. The next trip down is in ten minutes.”

The tourists walked to the windows that looked out on Washington, D.C. The windows were on each side—north, south, east, and west. Each window offered a spectacular view of the buildings, streets, and parks. Tiny cars and buses darted about like bugs. People walking on the ground looked like ants.

KC stood next to the north window. “Look, Marsh!” She pointed at the lawn in front of the White House. “That’s where we were last night. Those weird lights must have shone through this window!”

“Cool!” Marshall said. “If anyone was
up here last night, I wonder if they saw us on the lawn.”

KC looked at Marshall. “I never thought about that,” she said. She glanced around the observation deck.

Had someone been creeping around in here with a flashlight last night? Did they also have a telescope or binoculars? Were they watching the White House?

“Marsh!” KC hissed. “Maybe someone climbed up here to spy on the president!”

“Don’t be silly. How could anyone spy on the president from up here?” Marshall asked. “KC, you’re always jumping to conclusions. There could be lots of explanations for the lights we saw last night.”

“Maybe something in the Monument was broken, and they were fixing it,” Marshall offered. 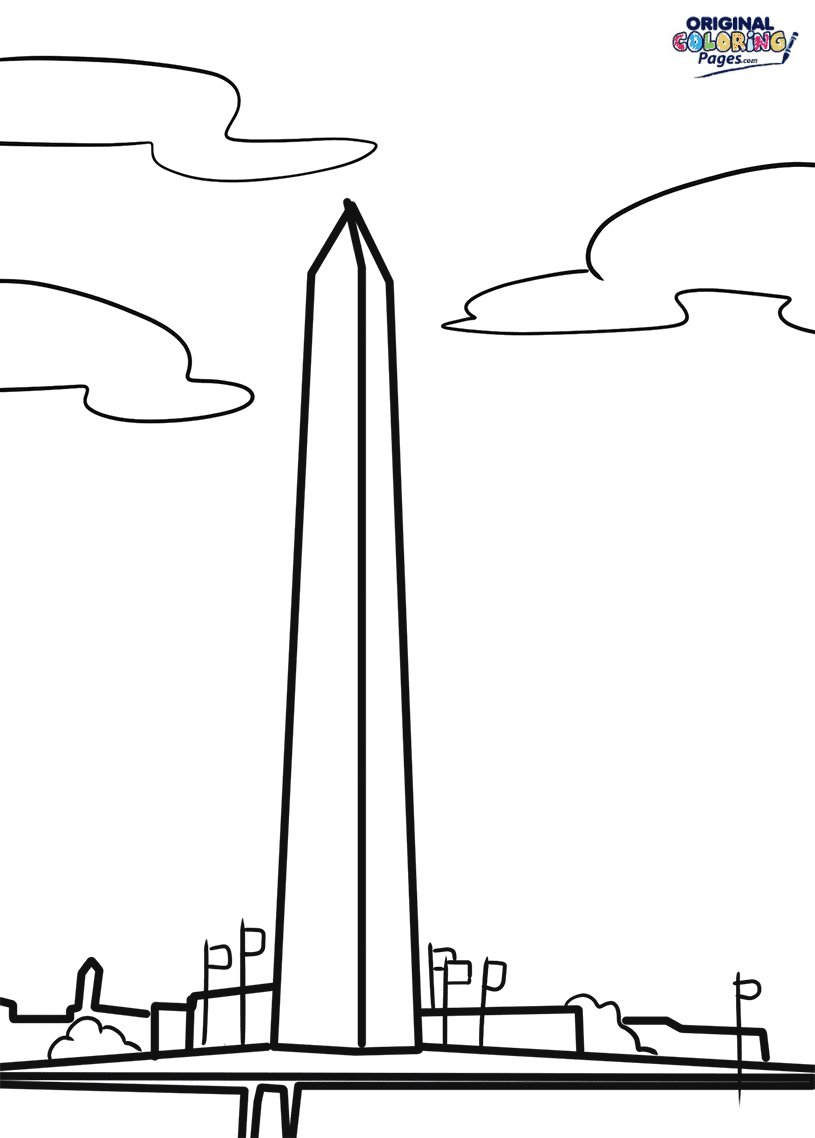 “Late at night?” KC said. “Why not wait till daytime?”

Marshall went on. “Maybe it was a party,” he said. “Or a private tour for some important person.”

They walked from window to window. KC half listened to him. She kept her eyes open for anything unusual. Over her head, the ceiling rose to a point. It was dark at the top. The walls were smooth marble. And she saw no lights at all, not flickering ones, not regular ones.

“Do you know how they measured the Monument to find out how tall it is?” Marshall asked Opal.

“Hmmm, I’m not sure,” Opal said. “Ask Jennifer. She might know.” She pointed across the observation deck.

A female park ranger was selling maps and books about the Monument at a small counter near the elevator door. An open bag of peanuts sat on the counter. Next to the bag was a small pile of empty shells. 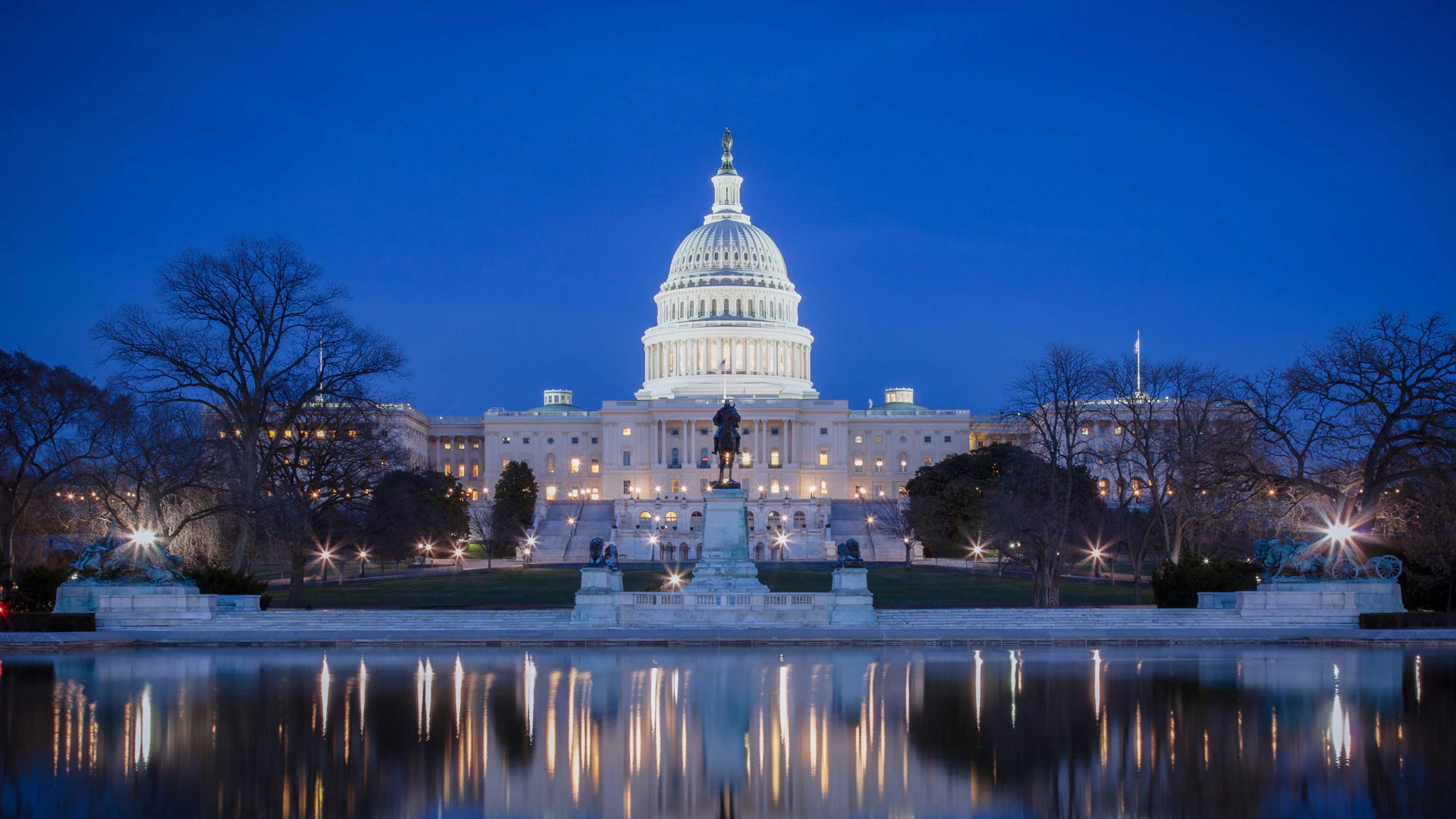 The woman named Jennifer swallowed the peanut she’d been chewing. “Gee, I don’t know,” she said. “That’s a good question. No one ever asked me that before.”

Suddenly the elevator door opened. “Going down!” a different ranger said. It was Butch, who’d given them tickets earlier.

KC and Marshall joined a few other people who had decided to leave the observation deck.

“Be sure to notice the memorial stones,” Butch said.

The elevator began to descend slowly. Through the glass walls, KC could see the stones. Most had words or images carved into them. KC tried to make out some of the words, but she got dizzy trying to read while the elevator was moving.

“These stones came from all the states and many foreign countries,” Butch said. “Even the Pope sent one from Rome.”

“Are the stones valuable?” a woman in the elevator asked.

“Some are,” Butch said. “The one from Alaska is solid jade!”

When the elevator reached the bottom, everyone got out. KC hung back. “Excuse me,” she said to Butch. “My friend and I were camping on my lawn last night, and we saw a white light coming from the top windows. Do you know what that was?”

Butch looked down at KC and Marshall. “Do you remember what time it was?” he asked.

Butch frowned. He seemed to think something over. “Tell you what, meet me at one of the picnic tables in ten minutes,” he said. “I’ll be taking my break, and we can talk some more.”

Butch walked into an office that said EMPLOYEES ONLY on the door. KC raised her eyebrows at Marshall. “That sounded strange,” she said. “He must know something about those white lights!” They went outside, found an empty picnic table, and sat to wait for the ranger. 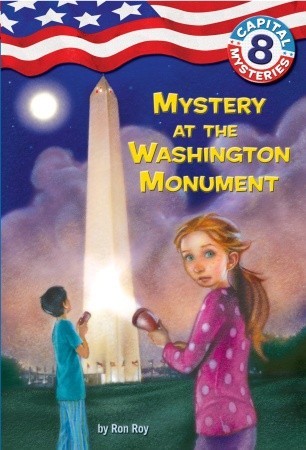 The Monuments shadow fell on the lawn in front of them. “Maybe they measured the shadow to tell how tall the Monument is,” Marshall suggested.

“But, Marsh, the shadow would be
shorter or longer when the sun was higher or lower in the sky,” KC said. She grinned. “You know, when the earth moves.”

Just then Butch joined them. He sat and opened a brown paper bag. “Pardon me if I eat in front of you,” he said. “I only get fifteen minutes and I forgot to eat breakfast.”